This is an explanation of the Cincinnati Adult Hockey Leagues Division Levels, skill levels and days of the week games are played. Some other cities label their divisions with A-D, we assign this as 1-5 (1 being the highest skilled players) with sub-divisions (a though d).

Those subdivisions that have North and South are divided per league manager due to the amount of teams we have (consider it like an East / West Conference type of thing) so teams are not just playing “one other team” just once in a season enhancing the league experience; however during playoffs, teams may play teams either N/S division based on the season statistics.

There may be exceptions to game days depending on rink availability, especially during the winter season. 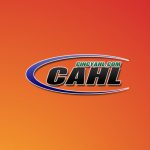